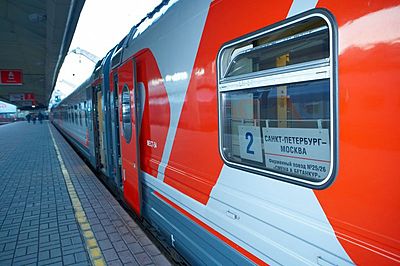 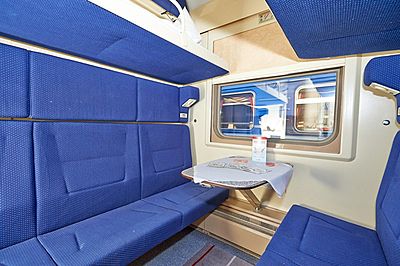 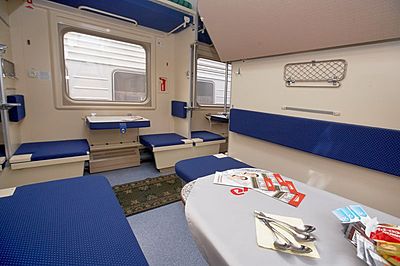 The Smena train was launched in 1984 and was named in honor of the 65th anniversary of the popular Russian youth magazine - Smena. The train has an important tradition: All conductors on this train are students or graduates of the St. Petersburg State Transport University. In 2009, the train’s name was changed to Smena-A.Betankur in honor Agustin de Betancourt, the he first rector of the university.  The train travels overnight with travel time from St. Petersburg to Moscow taking approximately 8 hours.

Double-Decker carriages were introduced in December 2017.  Each carriage is equipped with air conditioning and heating systems, energy-saving LED lights, a video surveillance system and 3 WCs at the end of the car. The first-class carriage can accommodate up to 30 people while the second class car accommodates 64 passengers. Each cabin has 2 AC sockets, a table, a mirror, individual lighting and stairs to climb to the upper berths. Unlike most other Russian trains, there is no luggage storage above the upper berths. Bed linen, a cold meal and drinking water is included in the ticket price. A cabin for disabled passengers and persons accompanying them is equipped in the staff car.  The restaurant car offers a wide range of meals that passengers can purchase with cash or credit card.