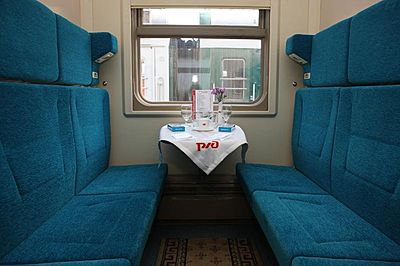 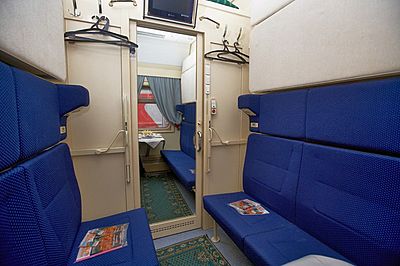 A journey on the Trans-Siberian Express train Rossiya is the longest train ride in the world. The train made its first trip in 1966. It departs from Yaroslavsky train station in Moscow and after crossing two continents and six time zones, arrives in Vladivostok 6 days later. The train stops in approximately 90 cities.  At the 1778th km of the Trans-Siberian Railway, the train crosses the border between Europe and Asia, and beginning at the 5276th km the Rossiya runs 207 km along Lake Baikal.

The colors of Russian flag are used in both the train’s exterior and interior. The Rossiya is considered one of the best trains in Russia in terms of service, friendliness of staff and upkeep. In September 2016, two of the Rossiya trains received a thematic carriage exterior design as part of a program to protect Amur tigers and Far Eastern leopards: images of these rare animals were printed on the wagons.

Runs every other day