Home Russian Train Guide / What is the Best Season to Travel on the Trans-Siberian Railway? 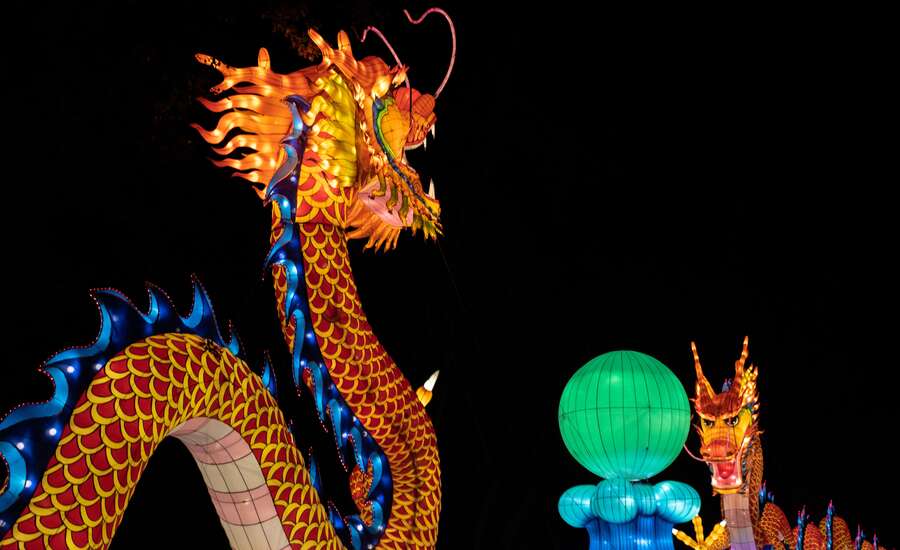 Photo by Thomas Despeyroux on Unsplash

What should I consider when booking my Trans-Siberian Railway trip? 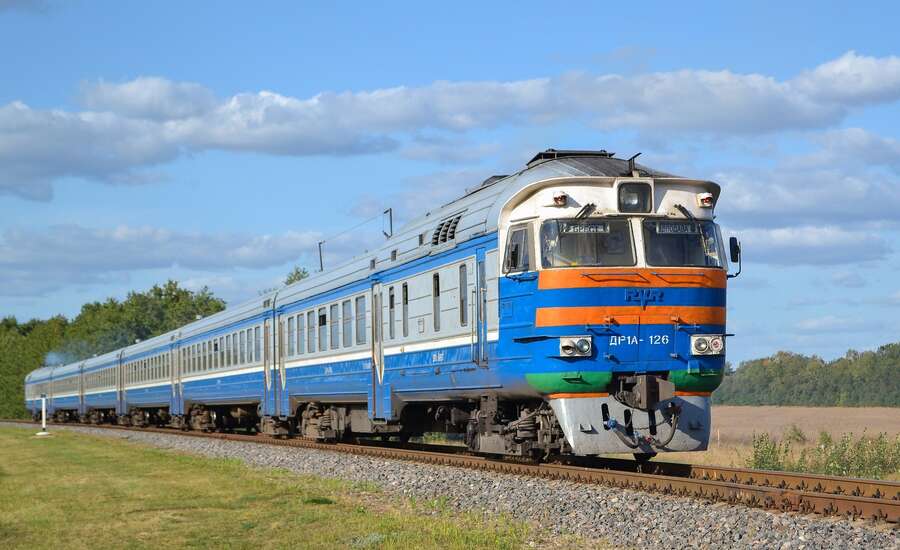 Image by EPr-666 from Pixabay

An adventure on the Trans-Siberian Railway welcomes travellers at any time of the year: it all depends on what you would like to see. Whether you dream of a twilight walk through the summer streets of Moscow, want to witness the Mongolian steppe bursting into life during spring or venture onto the crystalline turquoise ice of Lake Baikal in the depths of the Siberian winter, magic awaits you all year long. What’s more, travelling during Russian, Mongolian or Chinese holidays allows you to see these nations in full festive swing and experience their rich cultural and historical heritage. What does each season have to offer you? 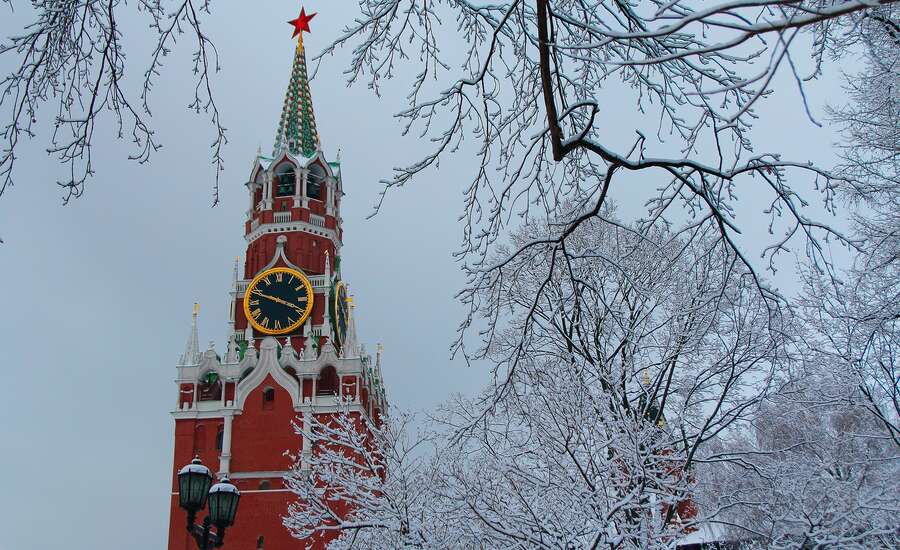 Image by Aburiakov from Pixabay

From west to east, the Trans-Siberian has many winter highlights. Explore snowy Moscow during the New Year’s holidays and go ice skating on Red Square, visit the New Year markets and drink in the festive atmosphere of twinkling decorations (along with a cup of mulled wine!) Disembark at Irkutsk in February or March to ski or sledge on the world’s most ancient lake – Lake Baikal - followed by a warming trip to the banya. Winter can be a great time to travel on the Trans-Siberian, as fewer tourists take to the rails and tickets and accommodation are cheaper.

Weather: January and February are the coldest months, with temperatures significantly colder in Siberia, Mongolia and northern China than in European Russia (the capital of Mongolia, Ulaanbaatar, is the world’s coldest capital city!) However, the winters are sunnier and drier in Siberia and Mongolia than in Moscow.

What to pack: Layers, layers, and more layers! Bring your warmest coat, scarf, hat and gloves, substantial and waterproof boots and thick socks. But pack lightweight clothing for the train, which will be well-heated. 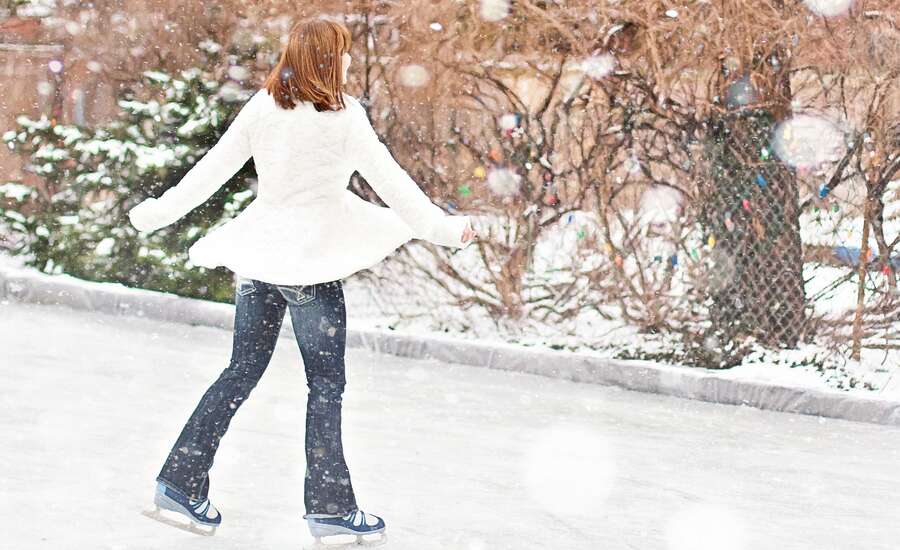 Image by Jill Wellington from Pixabay

Holidays and celebrations: Enjoy Russia’s festive period with New Year celebrations, a week of January holidays and Orthodox Christmas in Moscow. See in the Mongolian or Chinese Lunar New Year at the end of January/beginning of February, or enjoy China’s Spring Festival in mid-February. For something a little different but no less fascinating, attend the famous Harbin Ice Festival in January and February – the largest of its kind in the world! 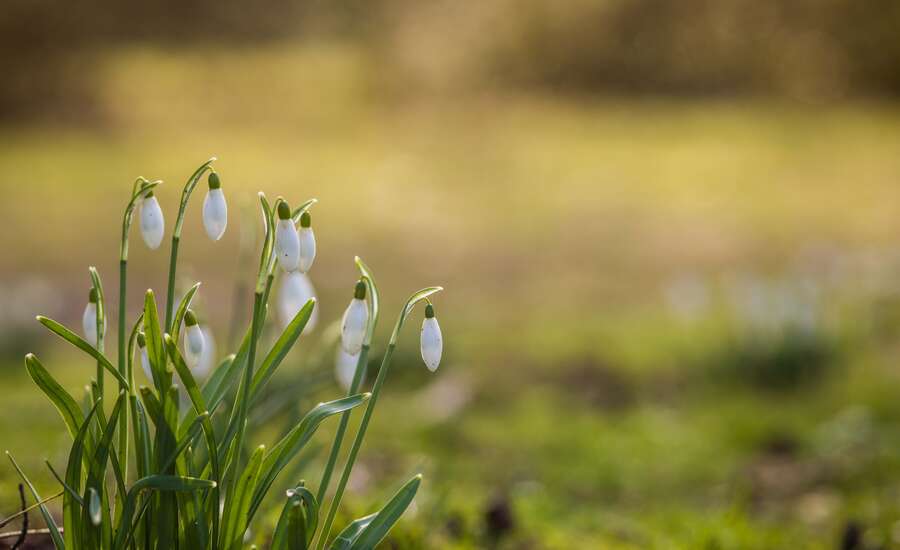 Photo by Raluca Save on Unsplash

Spring can be a beautiful time for a Trans-Siberian adventure. The view is certainly more interesting than a winter journey through an endless sea of white. You can see the Mongolian steppe come alive with flowers and lush green grass, the Russian forests wake up from months under a thick blanket of snow, and the rushing rivers finally break free from ice. However, for the most pleasant springtime trip, you should choose your dates carefully.

Weather: Early spring is not the best time to travel on the Trans-Siberian. The temperature will be hovering between plus and minus and, instead of serene blankets of snow, the dreaded melt begins (March in Moscow and April/May in the east). The tourist season begins to unfold in late spring, which can be pleasantly warm. But come prepared: even in May the Russian weather can be capricious and a sudden blast of cold and snow is not unexpected, and spring sandstorms are common in Mongolia and northern China. 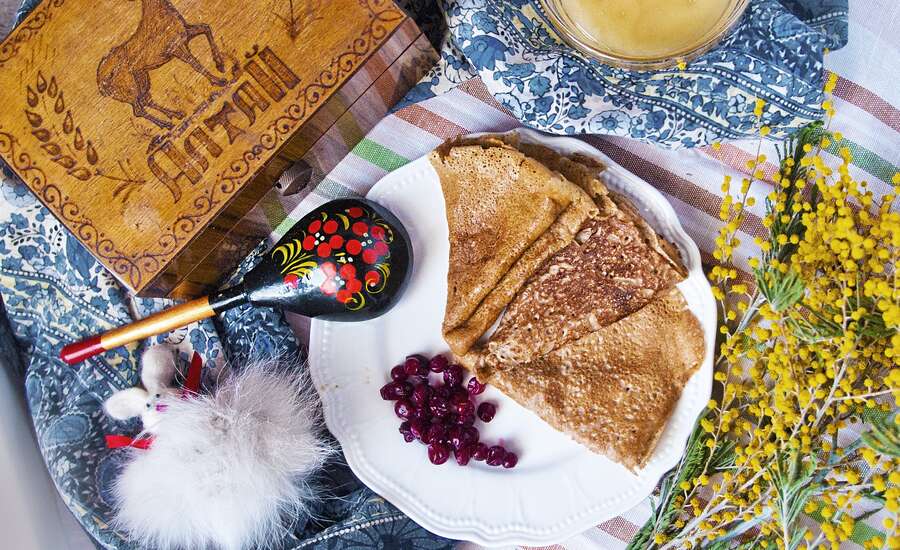 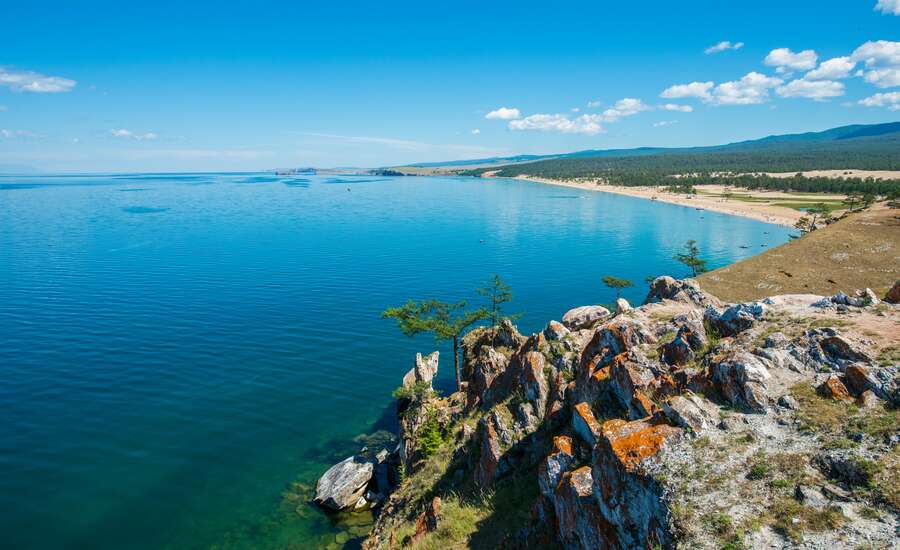 Photo by Ekaterina Sazonova on Unsplash

July and August are the most popular time to travel on the Trans-Siberian Railway, and prices rise accordingly. However, summer is the perfect opportunity to explore the magical atmosphere of Russia with sunset strolls and rooftop dinners in Moscow, trekking in the Altai Mountains, swimming in the cool waters of Lake Baikal, and a boat trip around the Golden Horn Bay in Vladivostok. Travellers in Mongolia can stay a few nights in a traditional yurt or head to the Terelj National Park an hour from Ulaanbaatar. As for Beijing, you can roam the Forbidden City or walk the Great Wall of China under the hot sun.

Weather: From June to August in Russia the temperature rarely drops below 16 degrees Celsius. In Moscow, temperatures in the mid-20s to low 30s are common, and the Siberian winter is warm but humid. Mongolia can experience some serious heatwaves (especially in the Gobi Desert) and China becomes hotter and more humid the further south you travel.

What to pack: Lightweight clothing for travelling as the train will be hot, and you can’t rely on the air conditioning or keep the windows open all the time. Insect repellent is a must as the Siberian mosquitos come out in force! 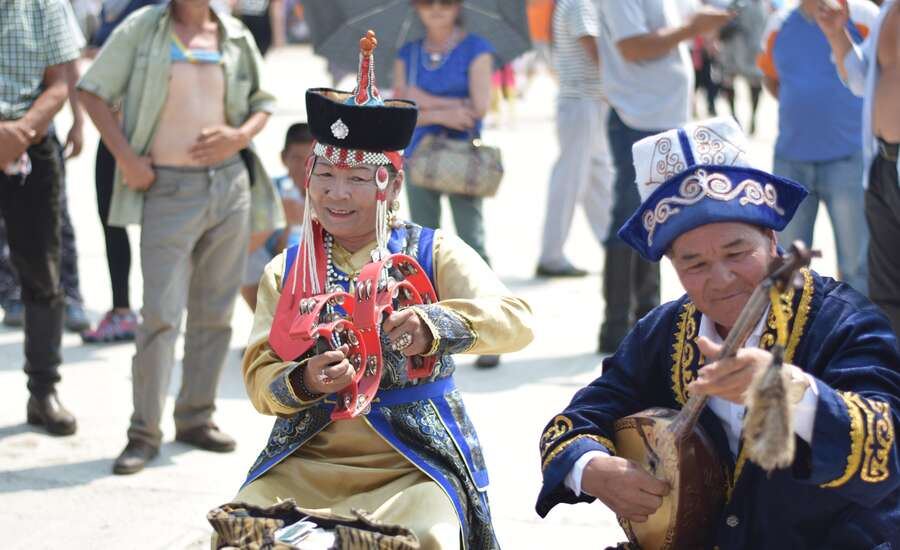 Photo by Belgutei on Unsplash

Holidays: Russia Day is celebrated in mid-June with concerts and firework displays in Moscow, a great way to experience Russians’ pride in their country. In Mongolia, the Nadaam Festival in mid-July sees the country burst with festivities for three days. The festival is based around wrestling, horse-riding and archery, and the opening and closing ceremonies are held in Ulaanbaatar. 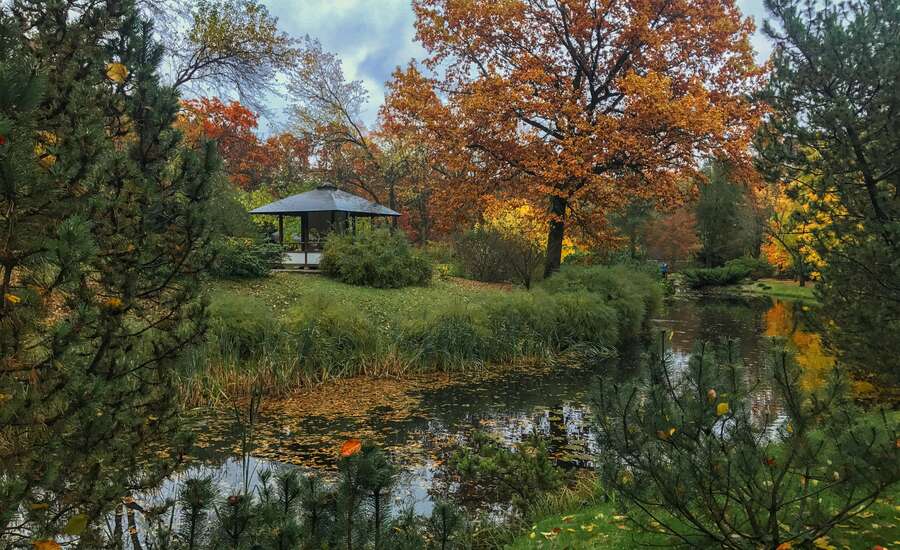 Photo by Svetlana Gumerova on Unsplash

Late summer/early autumn is an ideal time for a Trans-Siberian Railway trip, when the weather is milder than the blazing heat of summer and the tourist crowds have died down. When travelling in what Pushkin called the ‘Golden Autumn’, the forests are starting to turn a beautiful burning gold, the Siberian taiga remains full of life, and the weather is still clear and balmy enough for a pleasant walk in city or countryside. What’s more, the Russian theatre troupes return from their summer tours around Europe, giving you the opportunity to visit the season opening in Moscow – for example at the Bolshoi Theatre!

Weather: Autumn is relatively short but beautiful in Russia. Russians often enjoy an Indian Summer at the end of September/beginning of October, but soon afterwards the temperatures suddenly drop. Late autumn can be quite unpleasant in Moscow: the weather is not quite cold enough for consistent snow, so you can expect slush and icy rain. Further east there will already be snow on the ground by November. 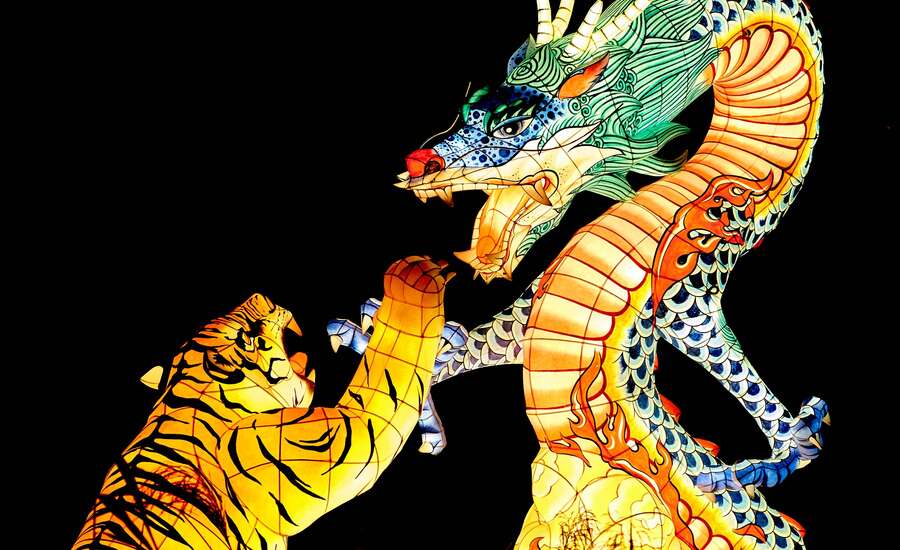 Image by cadop from Pixabay

Whatever season you choose for your Trans-Siberian trip, book your tickets through Trans Sib Express. We have been helping travellers navigate their way through Russia for over a decade and are here to help you plan your adventure today!