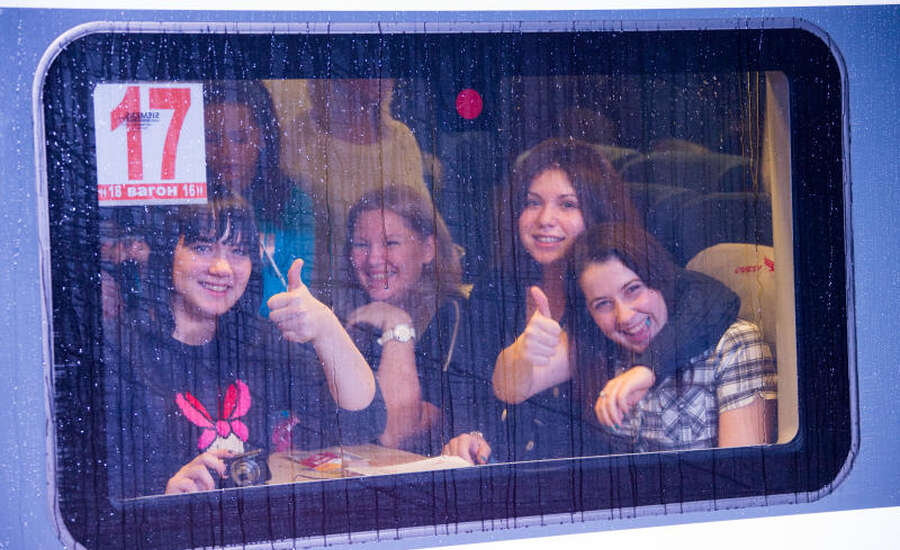 What can I expect on a long-distance Russian train?

Have you ever wanted to travel on the Trans-Siberian, but aren’t sure exactly what the adventure entails? What do you do all day? What do you eat? What should you pack? Our heroine Masha is here to share the story of her Trans-Siberian journey from Moscow to Ulan-Ude. 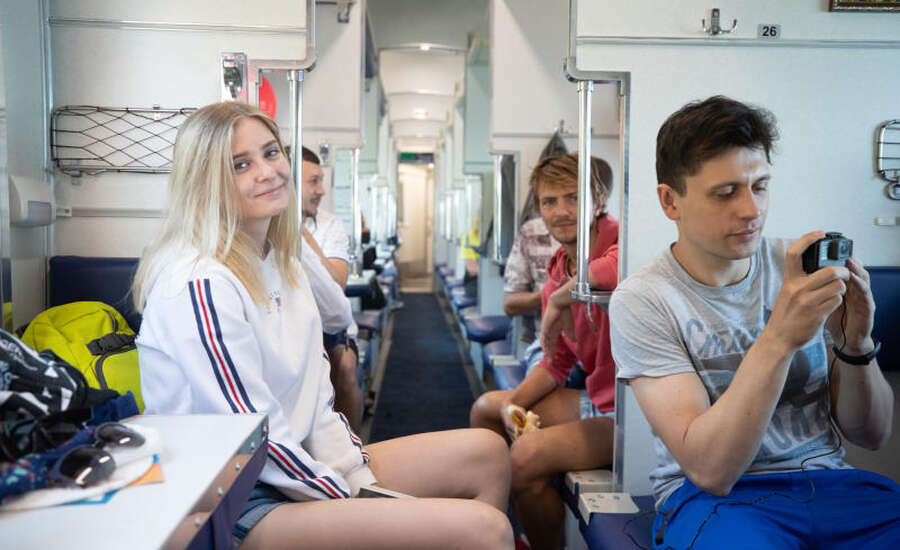 Masha decided to travel via third-class carriage (a dormitory-style car known colloquially as platskart), the cheapest option on Russian long-distance trains, which allows travellers the chance to relax or socialise as they please. Masha has sometimes travelled via second-class (a four-person compartment known as kupé), but in her opinion platskart makes for a more interesting trip! 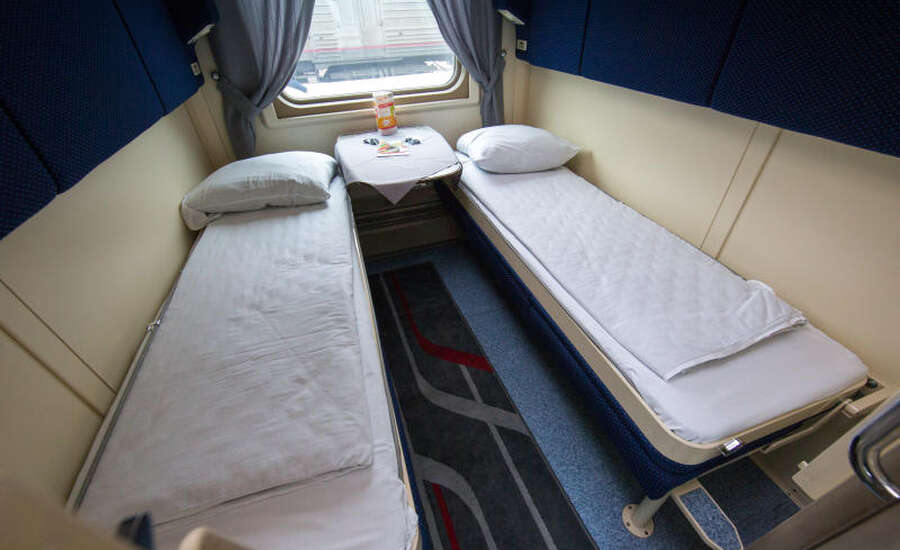 While kupé offers a greater level of comfort and privacy, it does have a few downsides for solo or couple travellers – primarily that you can only socialise with the passengers sharing your compartment. This can be a wonderful experience if your bunkmate is a friendly babushka with a suitcase full of freshly-baked pirozhki, but it’s another story entirely if you’re stuck with drunk and snoring men for a week-long journey! Travelling third-class allows you to get to know the friendly faces up and down the carriage and avoid unpleasant interactions in this small space. On the other hand, kupé is ideal for travelling with a group of friends as you can book out the entire cabin to 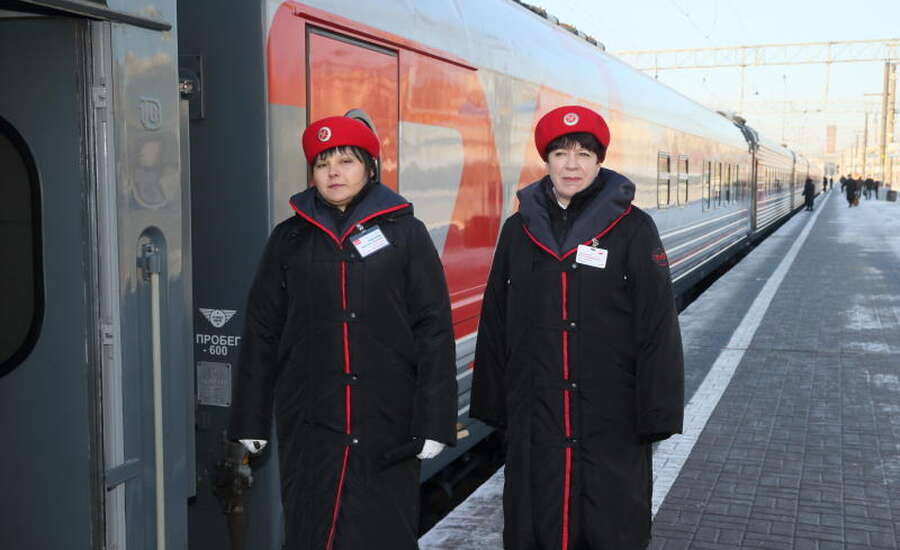 The conductor aboard your train – the provodnik or provodnitsa – is your key to a happy and peaceful trip. Usually each carriage is attended by two provodniks, one during the day and one during the night, who make sure the train stays clean and tidy and offer refreshments to their passengers (including food, which they prepare in the little kitchen in their cabin). If you are travelling during the summer then your provodniks are likely to be students earning money during their holidays. Masha said that the Trans-Siberian conductors are friendly and helpful to passengers.

If you aren’t lucky enough to be bunking with pleasant neighbours, then don’t stress – the provodnik may be able to help you. If there is space available then they can move you to another car; if they are unable to assist and you are having some real issues, then you can contact the head conductor. But this is an unlikely scenario, as offering a little money to the provodnik should smooth the process.

You should not be concerned – in all her time aboard Russian trains, Masha has never had any problems beyond the occasional drunkard or rude person. The most serious problem she encountered was sharing a cabin with a man who slept for the entire journey and snored like the proverbial Russian bear. The helpful provodnik found Masha a new bunk for no extra charge.

Joys of travelling by Russian train 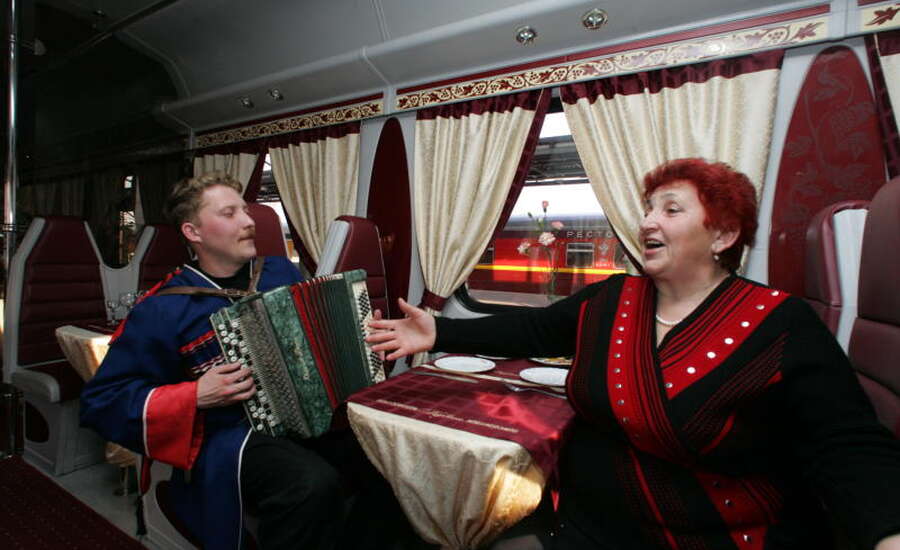 In Masha’s opinion, travelling through Russia by train is a truly fun adventure. It is easy to make friends as people are talkative and sociable, and who knows – maybe you’ll meet your soulmate! Although it can take a day or so to adjust to the motion and background noise, you soon get used to it. Masha also told us about a lovely tradition aboard Russian long-distance trains: upon reaching the end of your journey, your fellow passengers bid you good luck and wave from the window as the train departs!

Masha recounted a truly unforgettable part of her trip from Moscow to Ulan-Ude, when two elderly ladies from Moldova and Ukraine joined her carriage. They turned out to be folk singers with the most incredible voices, and entertained the entire carriage with sweet songs throughout their journey. 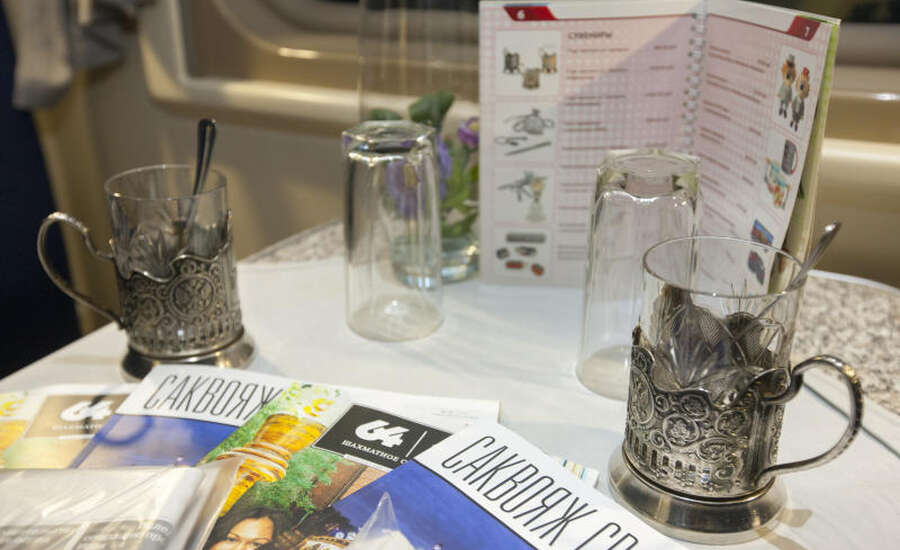 Masha reassures travellers that there are plenty of options for refreshment aboard Russian trains – whether you want to bring your own food or stock up along the way. She usually packs yogurts and instant porridge pots, which she prepares with free hot water from the carriage samovar (large hot water dispenser). Masha recommends that you pack a spoon, plate and cup, napkins or tissues, and enough bottles of drinking water for your journey – only free hot water is available and you may not want to consume tea and coffee for the entire trip.

How does Masha keep her yoghurts nice and fresh, you ask? Well, winter trains have on-board refrigerators that passengers can use! The fridges are containers located in between each carriage – only the provodnik has the keys, so you don’t have to worry about someone stealing your snacks. Using the refrigerator costs around 200 roubles ($2.60) – a bargain for fresh and tasty food on your trip.

As the Trans-Siberian passes through different towns and cities, passengers have the opportunity to sample some interesting snacks and local delicacies sold on the platforms. But you should only disembark when the train stops for a while. Masha said that near Omsk there is a factory which manufactures cookies and cream cakes, so you can stock up on delicious sweet treats from these platform vendors (and make friends by buying some to share with your fellow passengers!) As you approach Lake Baikal you will find vendors selling delicious smoked fish known as omul. This is one of the culinary highlights of the Trans-Siberian Railway, and Masha recommends that everyone tries it! 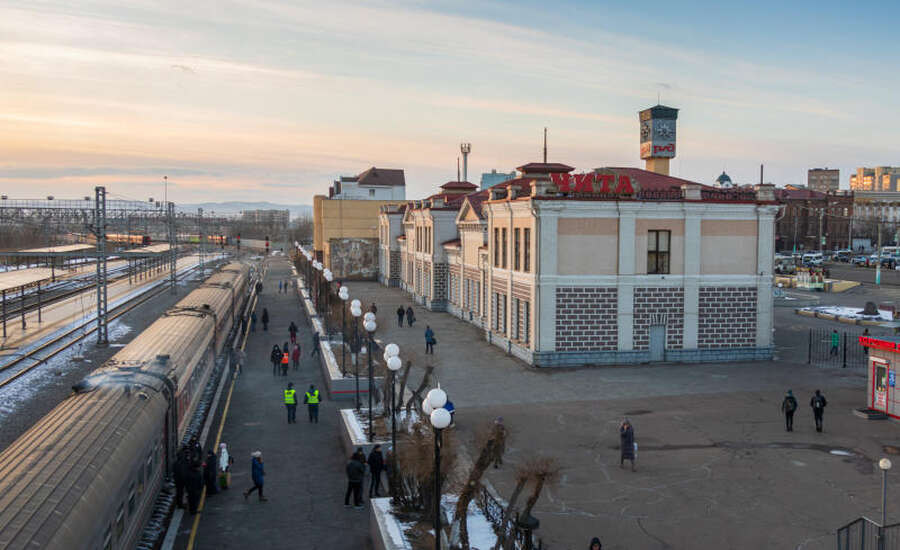 As far as your outfits are concerned, Masha advises you to pack comfortable clothes such as t-shirts and sneakers, as well as a warm layer such as a sweater or hoodie – even when travelling in summer, the evenings can be cooler. Russian trains are well heated and are almost always the same temperature no matter the season, but Masha prefers to travel in wintertime as the train can be a bit stuffy in the summer.

When the train stops for more than a few minutes, Masha recommends that you use this valuable time wisely. Not only can you catch a glimpse of the surrounding town and pick up some snacks, but stretching your legs with a walk in the fresh air will make you feel better after many hours sitting on the train. However, before leaving your bunk you should take all important items – your ticket, passport, cash, camera and phone. It is safe to leave your suitcases behind. 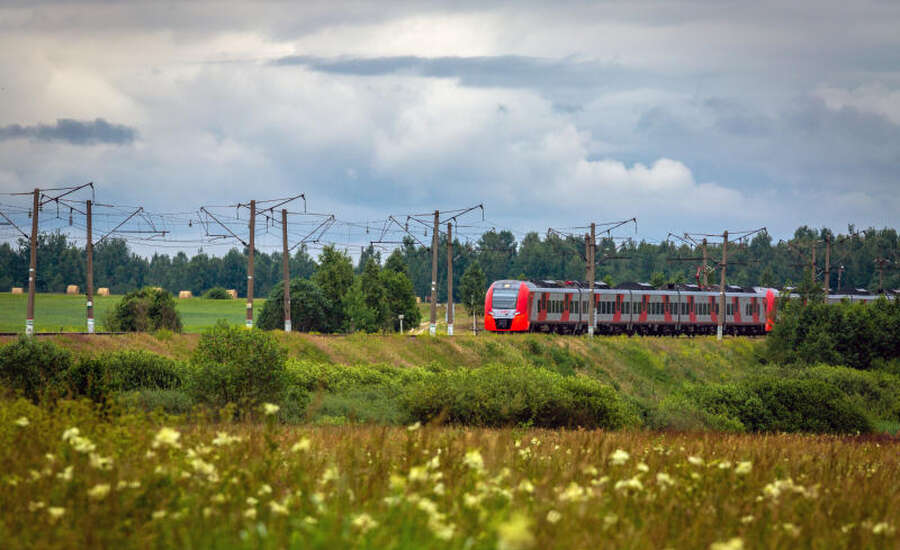 Masha tells us that although a train journey across Russia is very enjoyable, you won’t permanently be glued to the window admiring the view. Russia is simply so big that aside from twice-daily stops at major cities, the remainder of the time is spent speeding through the endlessly unfolding countryside speckled here and there with tiny villages. In her opinion, the most beautiful views are found in Central Russia and the Urals – misty mountains, historical Russian architecture, city panoramas. Travelling across the western Siberian plain can be a bit monotonous as this vast landscape is not very developed or varied, although the train does cross some powerful rivers and impressive bridges. But the excitement soon picks up again as the train chugs into the Irkutsk Region! Here, you can marvel at the diverse natural landscape and towering mountains leading to the majestic ‘Pearl of Siberia’ – Lake Baikal. Travelling eastward from Baikal, you’ll experience the fascinating mix of Mongol and Russian culture and architecture. Masha finally disembarked at Ulan-Ude, the capital of the Republic of Buryatia – but all this and more awaits you if you travel further east on the Trans-Siberian, to Mongolia on the Trans-Mongolian, or to China on the Trans-Manchurian.

If Masha’s experience on the Trans-Siberian Railway and her journey through these magnificent and unique landscapes has sparked the travel bug within you, then book your tickets today with Trans Sib Express. Your adventure starts here!