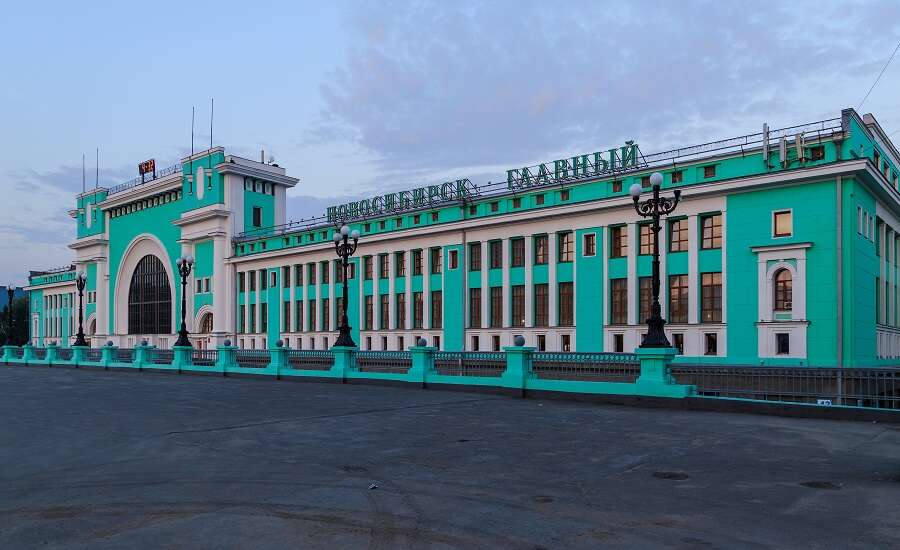 Five facts about the Trans-Siberian Railway: 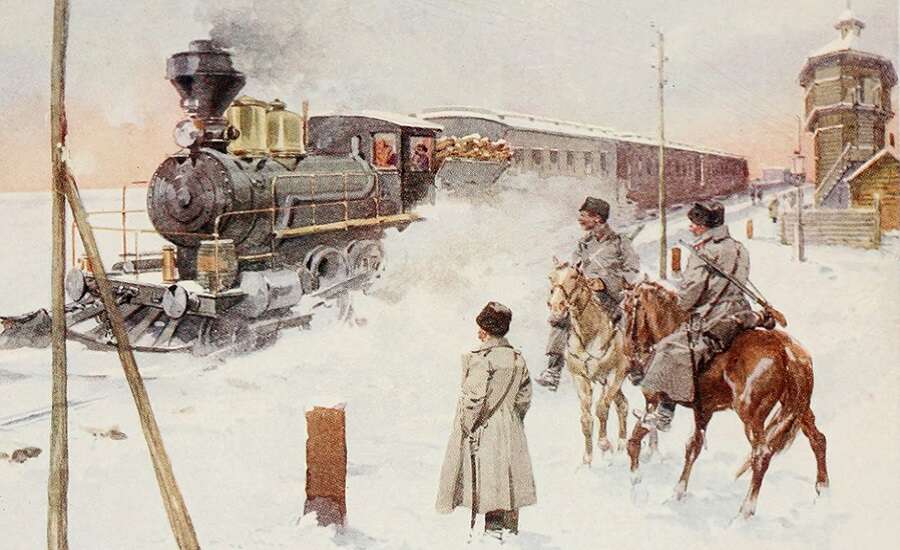 Russia’s most famous railway is a story of hyperbole, built on the initiative of Tsar Alexander III to connect Russia’s European heartland with its isolated eastern depths. It conjures a sense of mystery and awe amongst those who ride the rails, travelling thousands of kilometres from the megapolis of Moscow all the way to Russia’s Far East, Mongolia and China. With dozens of fascinating cities to explore along the way and the opportunity to admire the rich landscape of the world’s biggest country from the comfort of your train carriage, this truly is the journey of a lifetime. What are five fascinating and little-known facts about the Trans-Siberian Railway? 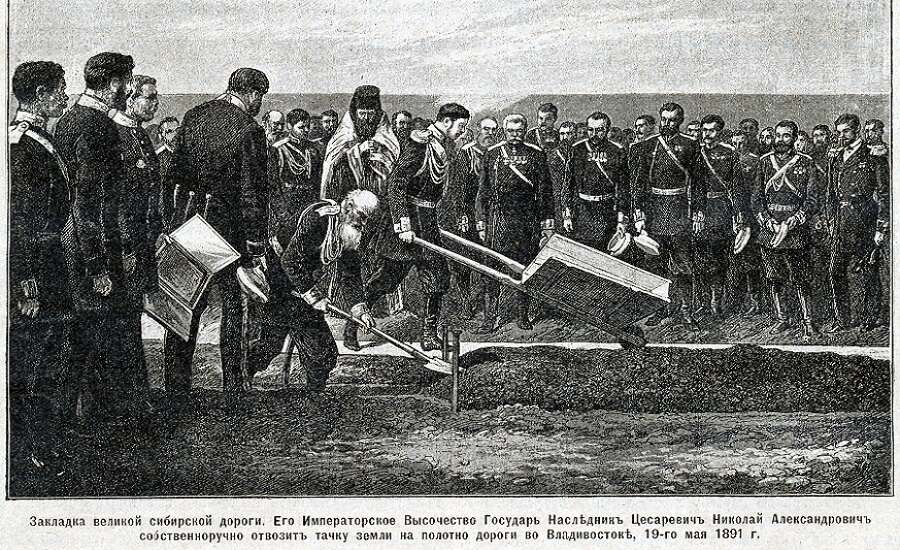 Image by V. Vasilev on Wikipedia

A feat of engineering

Construction of the Trans-Siberian Railway was not an easy process, yet it was laid in just 25 years. Workers had to use primitive hand tools to undertake this monumental project in some of the most inhospitable and inaccessible places on the planet, ploughing through swamps and forests, bridging mighty rivers, all the while braving the brutal Siberian winter. 100,000 people were employed in this feat of engineering, some more willingly than others: much of the workforce was made up of prisoners exiled to the east for their dissidence against the Tsar. Yet the common people couldn’t enjoy the fruits of their labour – upon its opening, a third-class ticket for the Trans-Siberian cost 59 roubles and 25 kopecks (the average salary of an industrial worker for more than two months).

A vehicle for propaganda

The Russian Civil War raged from 1918 to 1922 as the Reds and Whites grappled with each other to control Russia, and their military operations generally progressed along the rail network. Yet it wasn’t just soldiers riding the Trans-Siberian’s rails. The Bolsheviks needed a way to get their message across the land, but this proved problematic as the population was illiterate and multi-lingual, and peasants living in the rural east were not so drawn in by revolutionary fervour as the workers residing in European Russia’s metropolitan areas. The Bolshevik’s solution was agitpoezdy – ‘agit-trains’.

The trains were emblazoned with revolutionary slogans, imagery and flags, and some of the most influential artists of the time, such as Vladimir Mayakovsky and Kazimir Malevich, were commissioned to decorate the carriages. Each train was made up of 16-18 carriages and transported agitational speakers, a printing press, revolutionary pamphlets and posters, library books and even a mobile cinema to screen politically-charged silent movies – bringing the revolutionary message to the people.

(there are some good photos here https://vita-life777.livejournal.com/80947.html) 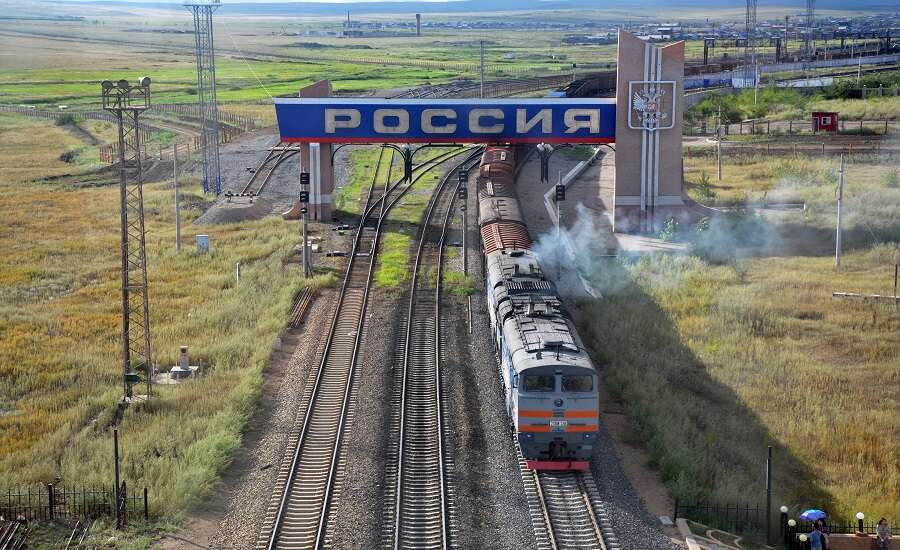 Three routes of the Trans-Siberian

Unbeknownst to many, the Trans-Siberian Railway does not just venture across Russia. It actually comprises three distinct routes, allowing travellers to combine their Russian adventure with a trip to Mongolia or China. The Trans-Mongolian splits off from the Trans-Siberian shortly after Ulan-Ude, and travels through Mongolia to Beijing, offering some magnificent views over the Gobi Desert and steppe. Passengers can take one train from Moscow to the Mongolian capital Ulaanbaatar, or another train which continues through the desert and on to Beijing. The Trans-Manchurian departs from the Trans-Siberian after the Far Eastern city of Chita, passing through Manchuria and stopping at fascinating northern Chinese cities, such as Harbin and Shenyang, on its way to Beijing.

Photo by A.Savin , FAL, on Wikipedia

Travelling on the Trans-Siberian allows you to see yet another of Russia’s world-record-holding sites, Lake Baikal, as the railway traces the southern shore of the world’s deepest, largest and most ancient lake. This is one of the most picturesque stretches of the entire route, and passengers can disembark to explore the otherworldly ‘Pearl of Siberia’, which is a UNESCO World Heritage Site. 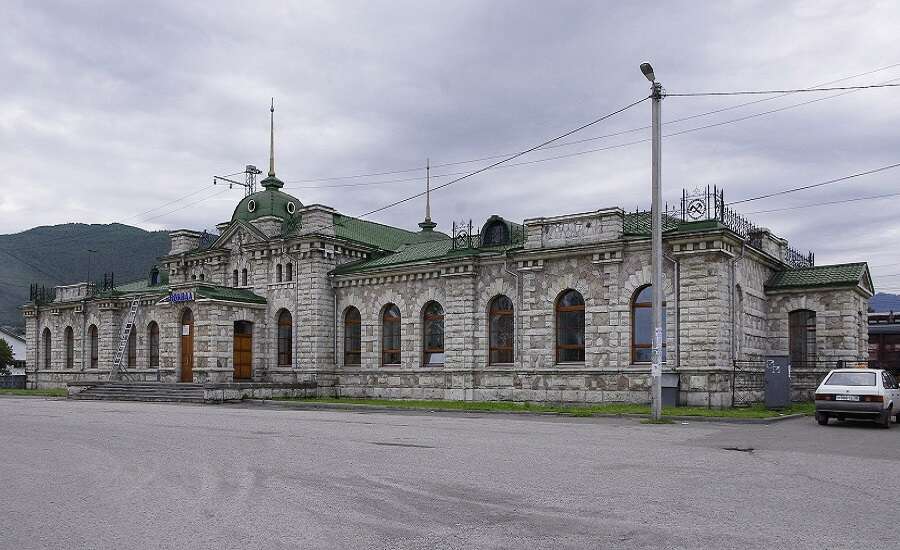 Building this section of track alongside Lake Baikal was one of the most difficult and expensive parts of the whole railway. Initially, there was a break here in the Trans-Siberian Railway: passengers and cargo crossed Baikal on ferries in the summertime and train tracks were laid across the lake’s ice during winter. When it was decided to build a permanent railway along the shore, workers had to hand-dig 39 tunnels through solid rock. This part of the railway is known as the ‘golden buckle of the steel belt of Russia’, referencing the heavy toll paid by the Imperial Treasury. 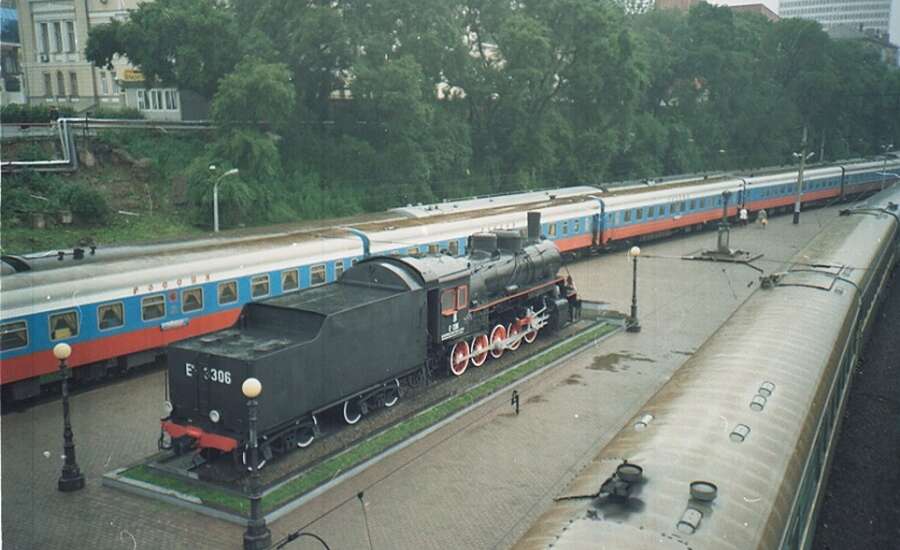 Despite its fame across the world, the Trans-Siberian Railway is not designed for tourists. It is a vital method of transport across the world’s biggest country and was built for functionality rather than for pleasure, with adequate but modest amenities, sleeping arrangements and food. If you want to make the journey of a lifetime, but are more accustomed to 5-star hotels and Michelin-starred cuisine than sharing your bedroom with dozens of strangers and eating instant noodles for dinner, don’t be deterred.

The Russian state railway company recently launched a luxury tourist train, the ‘Imperial Russia’, for those who want to see Russia in style. It travels from Moscow to Beijing via Lake Baikal and Ulaanbaatar. Passengers sleep in beautifully decorated cabins with their own private shower and toilet, eat and drink in the opulent restaurant and bar car, and their trip is led by English-speaking guides.