Vladivostok will celebrate the Day of the Tiger 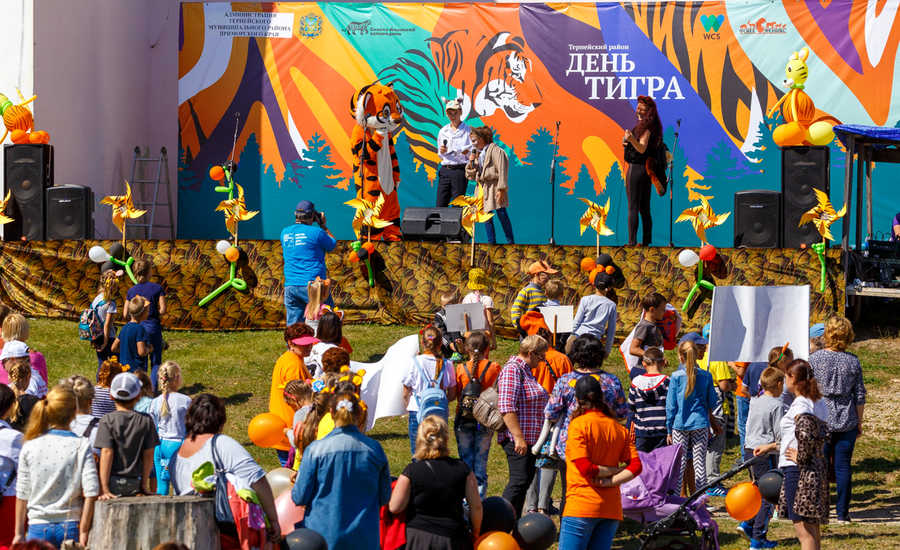 The Eastern capital will be celebrating the Day of the Tiger for the 12th time. The majority of the Festive events will take place on Sunday of September. The bands "Neschastniy " and "" will become the headliners of the concert on the main square.

The Day of the Tiger will start at noon with the traditional festive march from the Pokrovskiy park to the central square of Vladivostok, on which throughout the day will be working entertainment platforms, will be presented the specific equipment and the employees of the hunting sector will be praised with cars.

Vladivostok has been the first city, where the celebration of the Day of the Tiger has begun. In 2000, only several thousands of enthusiasts, dressed in self-made costumes of Tigers, went through the streets with the posters, while already in 2001, the march has already attracted several thousands of people and became a bright and colorful carnival. The movement received even more recognition, after the Administration of the Vladivostok has given the status of the official celebration to the event.

In 2010, relying on the experience of Vladivostok in attracting attention to the problems of the preservation of the wild cats; the international forum "The Tiger Summit" has been held in St. Petersburg on the main topic focused on preservation of the tiger's population. During the Forum, 13 countries have given the international status to the "Day of the Tiger" and announced the date of its celebration.

The Day of the Tiger is celebrated annually in Vladivostok on every 4th Sunday of September. The aim of the celebration is to attract the attention of the population to the extinction of the rare species of the Amur Tiger. Following the example of Vladivostok, other Russian citizens and some cities in Europe have joined the celebration of this day.