David Bowie: the mysterious passenger of the Trans-Siberian Railway 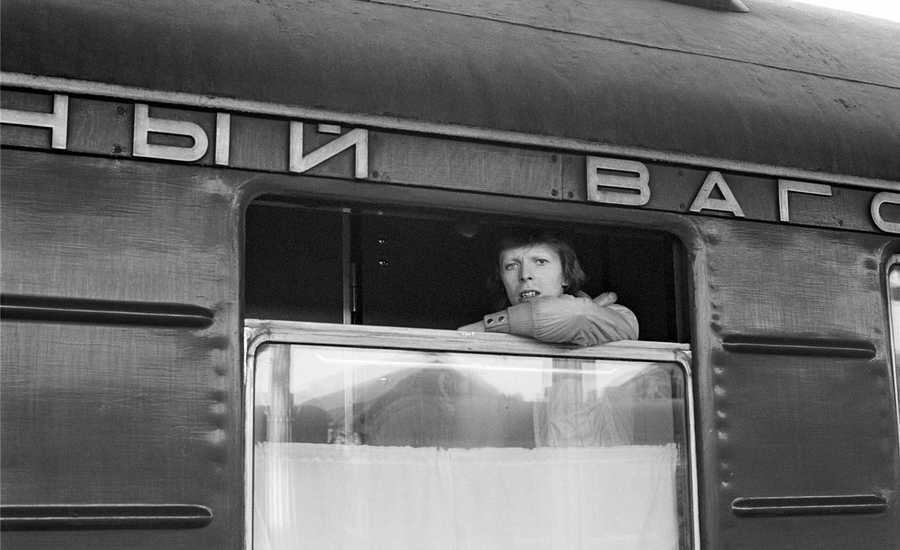 The exhibition of the British photographer and producer Geoffrey MacCormack will start off on 27th of October in the Pavillion on the New Holland Island in St. Petersburg. The Photographs trace the friendship and journeys of the artists with David Bowie.

Geoffrey MacCormack, also know as Warren Peace - is one of the closest friends of David Bowie. During three years from 1973rd to the 1976th, MacCormack has accompanied Bowie in his tours as a backing vocalist, dancer, and percussionist. At that time he took part in the recording of six albums by David Bowie. The first album among them was "Alladin Sane", and the last - "Station to Station". He has also been a co-author in the compositions "David Bowie. Rock'n'Roll With Me" from the album "Diamond Dogs" and "Turn Blue" from the Iggy Pop's album "Lust for Life".

On the exhibition will be presented 70 photographs and the documentary screened by David Bowie and MacCormack "The Long Way Home" during their trip from Japan to Moscow - first on the boat and later on the Trans-Siberian express. In this movie, filmed on 16-mm camera, the Russian scapes alternate with the photographs by MacCormack.

As part of the exhibition, "David Bowie. Rock'n'roll with me in New Holland" will also host a large simultaneous program: the discussion between Geoffrey MacCormack and Artemy Troitsky, and of Francis Waitley with film critic Maria Kuvshinova, screenings of the films "David Bowie: The Last Five Years" and "The Man Who Fell to Earth", a meeting with translator Dmitry Simanovsky, as well as a party at the Kuzna House with a DJ and musician Rusty Egan (United Kingdom).